From Hedge Screens to Security Systems: Practical Ways to Protect Your Home Offences against property are some of the most widespread crimes in the state. To ensure that their property and family are always protected, many homeowners choose conventional security measures, such as having a guard dog or a planting a hedge screen. But are these security measures really enough to deter burglars and other would-be criminals from entering a home?

Sadly, no. Guard dogs can sometimes be lured by burglars into friendliness using treats, while hedge screens can easily be bypassed if they are not prickly enough. But thanks to modern security innovations, such CCTV and security systems homeowners need not worry that their homes will be fair game for burglars and other intruders.

According to the statistics released annually by the Western Australian Police Force, property damage and dwelling burglary are two of the top crimes committed within the metropolitan region. High-value items, such as jewellery, mobile phones, laptops, cash, and cameras are some of the most popular items for burglars. Expensive appliances, gadgets, tools, or sporting gear that can be easily carried around inconspicuously or can be stowed in a car’s trunk are also favored by burglars.

So, what kind of homes are tempting for burglars?

Houses built on a newer neighbourhood or in a high-crime area are most likely to be burglarised. Paradoxically, homes “protected” by trees and shrubs, as well as those with high fencing, are more vulnerable to burglary. Trees, shrubs, and high fencing can be used by burglars not only to conceal their presence from neighbours but also as a jumping-off point when breaking into the house. Houses built in corners, alley, and areas with high foot traffic are also susceptible to break-ins. Likewise, houses without guard dogs or are not illuminated very well are perfect for targets for burglars. Homes without security systems or CCTV cameras in place are also prone to burglaries.

Safeguarding Your Home with these Security Hacks

When it comes to home security, it doesn’t hurt to be proactive. Here are some cost-effective ways you can do to protect your home. 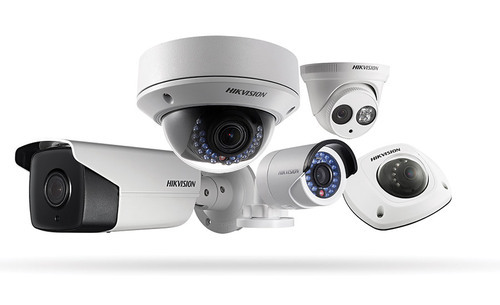 Stop hiding spare keys underneath the welcome mat or a planter in your porch. But if you can’t help it or you’re just forgetful or you fear that you may be locked out of your home, buy some clever and inconspicuous hide-a-keys from Amazon or home improvement stores.

Ensure that your home is always well lit at night and when you leave your house at night for a dinner out. Leave a light on the hallway or porch so that burglars will assume that someone is at home and they will hopefully be deterred from breaking into the house. It might seem counterintuitive, but don’t leave a light on when you’re going out of town for several days. An observant burglar will wonder why your lights are always on even during daytime and correctly assume that this is only a ruse to trick them into thinking that the house is occupied. A better option is to install pet-immune motion sensing lights, lights that automatically turn on upon sunset, or lights that can be turned on or off using the phone.

If you’re going on an extended holiday, have your lawn mowed before you leave and ask a neighbor to park his or her vehicle so that a would-be burglar would assume that you’re still at home. Also, have a trusted neighbor, relative, or friend check your house every now and then to ensure that nothing is amiss.

Ensure that your landscaping works in your favor. Landscaping isn’t just to boost your home’s curb appeal; you can also use it to deter burglars from breaking into your home. The number one plant that pops in mind are shrub roses, but you can also use plants such as firethorn or pyracantha, common holly, blackthorn, golden bamboos, quince, or gooseberries which have prickly or thorny parts to stop intruders. If you live in an arid area, cacti are a great choice for your landscaping and for your protection.

Ensure that your sliding door or window is burglar-proof by using a dowel inside its track. Clever burglars can easily pick the sliding door or sliding windows locks, but a well-placed dowel can block their paths into your home. Hardwood dowels or rods are cheap and are easily available in hardware stores.

It might seem cliche, but getting a dog still works wonders when it comes to deterring burglars from your home. A simple bark or growl have the power to send chills down the spine of even the most seasoned burglars. But having an overly friendly dog can easily backfire especially when it is easily bribed with treats. Enrol your dog in a training school where it can learn to take orders from you or your family alone, as well as train how to eat from its bowl only. Use signs such as “Beware of Dog” to warn intruders not to mess with your house.

Know your neighbours and enlist them in protecting your home. Sometimes, it’s your concerned or even your hated nosy neighbour who can spot when an intruder is lurking near your home or when a burglar is breaking into it. You can also leave your valuables in the hands of a trusted neighbor instead of stashing them in a closet while you’re away on a holiday.

If you already have a malfunctioning alarm system, have it serviced immediately. Neighbours have a tendency to ignore alarm systems that keep on going off in the wrong moments. Once repaired, inform your neighbours immediately so they won’t ignore it once it goes off.